Our Company
Reach Out
Close Menu

Select the "Subscribe & Save" option before adding a product to your cart and how often you would like to receive it. The discount will show automatically in your cart!

Boost Your Health Today With the Amazing Antioxidant Power of MegaHydrate! 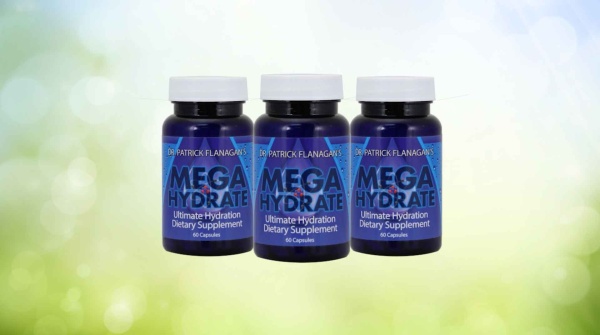 What you'll discover on this page:

Global Healing Center
is trusted by:

Why should you trust us?

MegaHydrate is a powerful antioxidant supplement that promotes essential full-body hydration. Dehydrated cells cannot properly absorb nutrients or get rid of waste. Over time this leads to nutritional deficiency, cellular oxidation, and a dangerous build up of toxins.

A Brief History of MegaHydrate 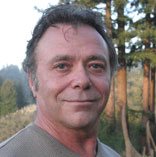 Dr. Patrick Flanagan is the creator of MegaHydrate. He holds advanced degrees in chemistry, nanotechnology, bio-sciences and medicine. He's developed over 300 inventions and was named Scientist of the Year in 1997 by the International Association for New Science. Dr. Flanagan's desire is to share his discoveries with the world in the hope that they may be used to improve human life.

"I discovered negatively ionized hydrogen as the premier biological antioxidant in 1985. It took almost 10 years to stabilize the material and develop it as a product. We have published multiple papers in peer review journals on H- (negative hydrogen) and its effects in living cell cultures."

"The exciting thing about H- ions is that they can re-store and re-cycle all other radical scavengers. That is, it can restore Vitamin C in the body over and over again so that it does not need to be eliminated as a toxin. It works with all other know antioxidants in the same way. It is the king of antioxidants because of this. It is the only free radical fighter that is like that."

What Are the Top 5 Reasons You Need MegaHydrate?

What Are the Benefits of MegaHydrate?

Why Is MegaHydrate the Best Antioxidant Supplement Available?

What Are the Top 3 Questions People Ask About MegaHydrate?

1. What are free radicals? Free radicals form inside the body when certain chemicals lose an electron and become unstable. This happens constantly, for example, as oxygen is metabolized. These unstable atoms and molecules roam the body stealing the electrons they need to re-stabilize. This in turn creates more free radicals, and the process repeats itself. Damage to the cellular DNA occurs when the body has insufficient hydrogen ions to counter balance the normal supply of oxygen ions. Cells that fail to regain their stability begin to oxidize — similar to how rust forms on iron. Most scientists agree that this cellular oxidation is the primary cause of premature aging.

2. What are antioxidants? Antioxidants are chemical molecules that defend cells from free radicals by slowing down the oxidation of other molecules.

Still Not Sure If Megahydrate Can Help You? Just Read These Reviews... 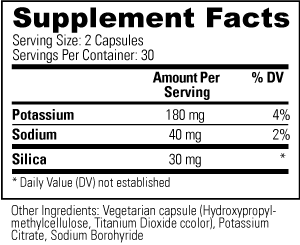 As a Dietary Supplement, take two capsules daily or as directed by a healthcare Professional.

Write a Review
† Results may vary.